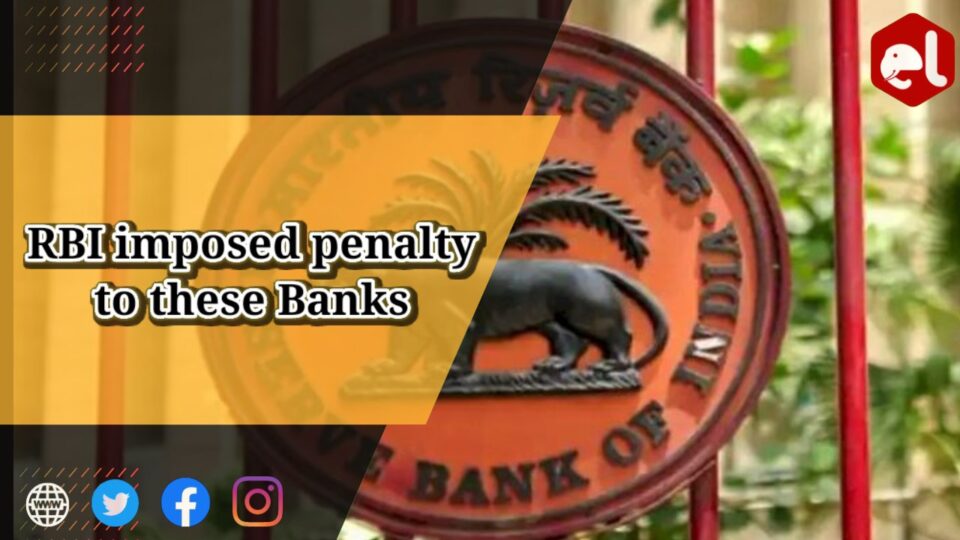 Know which banks have been fined by RBI

The country’s central bank said in its statement that a fine of Rs 7 lakh has been imposed on Indapur Urban Cooperative Bank, Indapur, Maharashtra for violation of certain provisions related to loan norms.

Fine imposed on these banks of Madhya Pradesh

Madhya Pradesh’s District Co-operative Central Bank Limited, Chhindwara has also been fined by the Reserve Bank of India for violating KYC norms. Apart from this, RBI has also lashed its penalty on a cooperative bank of Guna.

These banks of Chhattisgarh-Goa fined

Apart from this, a fine of Rs 25 lakh has been imposed on Chhattisgarh State Cooperative Bank Limited, Raipur for non-compliance with certain KYC provisions.

RBI keeps on taking action on banks from time to time

The Reserve Bank of India keeps on taking regulatory action on cooperative and other banks of the country from time to time because it comes under the purview of RBI being a banking regulator.